What is Causing My Smelly Water?

And How Do I Fix It?

Rotten egg smell in your drinking water is usually one of two culprits: Hydrogen Sulfide (H2S) or Sulfates

H2S is a mineral released from the earth that finds its way into groundwater.

Sulfates are sulfur-containing compounds found in nature that bacteria can turn into H2S.

H2S in gas form is quite dangerous, however, when dissolved in water it is less so, but it still poses health risks.

So how does it get in your water? It is often there naturally. If you are on city water, an attempt has been made to reduce it to “not unhealthy” levels.

If you are on well water, it’s especially common in wells located near shale, sandstone, coal, peat, or oil, like those in the Ocala, The Villages, Gainesville, Orlando, Altomonte Springs, Winter Park, Daytona, Leesburg, & the Orlando Area areas of Florida.

Occasionally, a rotten-egg smell in your water could also be associated with sewage contamination or with  bacteria in your water heater…

The most important thing to note is that it is ALWAYS worthwhile to get your water tested if you have smelly water. H2S in higher concentrations poses immediate risks including nausea, vomiting, and potentially serious health effects in the long term. 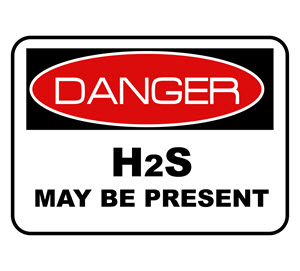 So how do you fix water that smells like sulfur?

The first step is to figure out what is actually causing the smell. That usually involves a water test.

Next, once you know the cause, then you can move on to removing the contaminants, which, with H2S, isn’t usually as simple as adding in a filter.

This is where it becomes useful to have professional help. For Central & North Florida, EcoWater of North Florida will do free water testing to determine the source of the smell.

With those test results, we can tell you exactly what you’ll need to fix the problem. We have plenty of experience with the local water and we know what works.

After that, there’s no obligation to purchase equipment from us. Our goal is to provide you the information you need to make the best decision for your family. 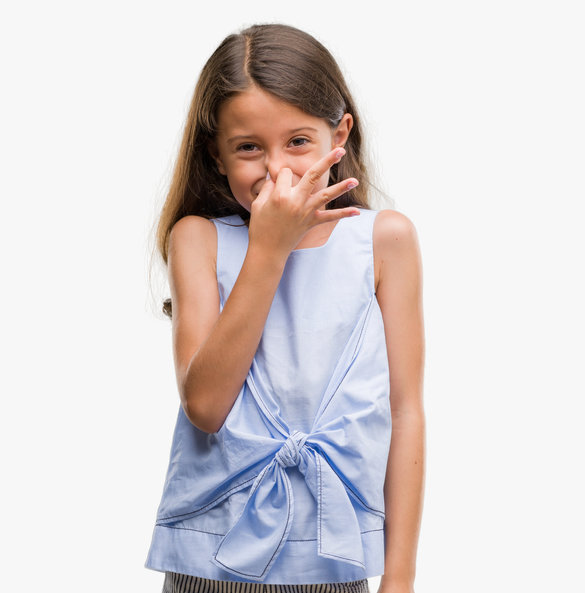 To find out what’s in your water with Free Water Testing,

Or, fill out the form below and we’ll get right back to you:

EcoWater of Central Florida
4.5
Based on 32 reviews
See all reviewsWrite a review

Stephen Hamilton
06:00 23 Oct 20
ECO Water Systems did a great job with the installation of our new water softener. They were quick and installed an excellent piece of equipment. I recommend them to everyone needing a water softener.

Sheryl Clinton
17:35 15 Oct 20
My husband and I moved to Ocala Fl a month ago, I noticed my laundry was coming out orange. I emailed Eco Water and their response was so quick, I received a call from Michael the owner himself!! He worked around my work schedule and came to my house himself.. He explained everything to me extremely well so I could understand within a couple days Jason installed my water softener while I was at work, he placed it in the perfect location.. Michael drove back out to my house after I got out of work to check everything out himself, checked my water and talked me through how to work the unit.. I was extremely impressed with the quality unit I received and the customer service is over the top!!! I would definitely recommend Eco Water to EVERYONE!! Thank you again Michael great job! One happy customer 5 stars all the way!!

Brenda Thompson
15:52 07 Oct 20
I started looking at home water filtration systems several weeks after moving to Florida. After some investigation, I discovered that the itching and burning that I was experiencing all over my body was coming from the high level of chlorine that is in the water. I have to give this company five stars! From start to finish, everyone at EcoWater was professional, knowledgeable, and efficient. John T. and Jason (installer) are given high marks for their explanation and installation of the water system we chose for our home. The price was more than fair and they didn't try to sell us a yearly maintenance contract that is not needed for this system. I would highly recommend going with this company if you are looking at getting rid of the chlorine and hard water in your home.

Chris Soucy
16:02 04 Sep 20
These guys are awesome. Andy Koehler to be more specific. Super knowledgeable and passionate. I've used them twice now. Our machine works as advertised and their customer service is 2nd to none. Always super responsive and helpful. Thanks again guys for everything!

Noelia Valentine
02:25 07 Aug 20
I was extremely impressed first with Andy Koehler, salesperson and then Jason Yandle, installer. Andy explained in detail the water softener system that would work for our house. Jason did the installation and he was very personable and we loved his sense of humor as he installed the water softener and then gave my husband and I all the information we needed on how the system works. I would definitely recommend EcoWater of North Florida. Great customer service! And I’m happy that this water softener will keep my hair, skin, soft and my clothes will smell clean and my appliances will last longer. Thank you EcoWater of North Florida!

Rabbit 0
00:30 02 Aug 20
Jason came to install a water softener system in our garage. He was prompt, courteous, and knowledgeable. He also installed a drinking water system under my kitchen sink. I was given full instructions, and a mini lesson on both systems. I would highly recommend using this company, and I would also say that Jason was very competent in his job, as well as friendly and personable.

Ana E
19:44 22 Jul 20
Absolutely had a 5 star experience! We bought a house that had a 'hidden' sulfur odor problem that wasn't detected during the home inspection. We only discovered how severe it was once we moved in and the temporary fix the previous owners had used had worn off. We had Ecowater install a sulfur treatment system and while they were here we added in a Reverse Osmosis system. Now our water is amazing, and we couldn't be happier!! Also, I have to mention the awesome customer service, and Andy was always very responsive to my calls with questions, even the time when I came home from work and discovered our water wasn't working! Thank you everyone!!

NICHOLAS J PETROLE
15:53 22 May 20
We would like recognition for your employee Jason Yandle. We highly rate his customer service . He gave great effort on answering any concerns or questions on our new system. thank you

Stephen M
19:25 11 May 20
Simply fantastic service and a great product. We dealt with Andy Koehler, and he did a wonderful job of explaining the different systems and set ups they offered. After making sure we understood everything, Andy walked us through every step of the way straight through installation. We could not be more pleased with the system as it functions far better at softening and filtering our water than the old water softener and filter we bought at a big box store. If you are even a little bit curious on whether or not the quality of your water can be improved, call Andy!

Steven Thesman
21:43 09 Apr 20
Well, I’m a guy who appreciates good Service and I’m here to tell you that Kelly and Jason are top notch. It’s a pleasure to deal with both of them. Jason’s knowledge of a WaterSoftener is excellent and her fun to be around.Steven

Rean Morse
15:18 06 Apr 20
Jason did a great job! He knew what was wrong and had it fixed quickly. Great company! We have been with them for 9 years and have recommended them to all our neighbors, who are equally pleased with their products and service. This is a case of you get what you pay for. There is no "ok" choice for treating your water. You want only the best. They are it.

Andoni Molina Blanco
20:45 17 Mar 20
The system is definitely the best out there, we got ours through CostCo, the tech Andy Koehler explained everything to us and offered two alternatives. We decided to install the ERR3700 model that offers lifetime warranty on media. We have definitely seen a huge improvement in our water, which can be seen in our large shower glass and more importantly in our skin, that use to look dry and cracked, in need of constant body lotion. The only thing I would improve is offering a cover for those of us installing outside. Do not hesitate and give them a call!

aj Cava
17:04 26 Feb 20
Purchased my 2nd system for my 2nd home. GREAT product as it removed chlorine and uses very little salt. No more soap scum and appliances are loving it too including tankless hot water. Jason the installer was fantastic. He treated my home like it was his own, fast efficient and extremely knowledgable

William Dvorak
15:06 17 Feb 20
Very happy and satisfied with the water refiner system, installation process and EcoWater of Central Florida. From the very start of the process, it was an excellent experience. Appreciate all of the time Andy took to explain the products to me and his advice on the various systems. The installation by Jason went smoothly and also appreciate that he took the time to help me set up the app and insured I was set to go. I’m very happy with the new system and recommend this company based on my experience.

Brian Fisher
16:41 31 Jan 20
Jason installed a new softener for both my house and my dads house. The service was outstanding and Jason was very personable, honest, and gave valuable advice and recommendation. This is a first class company and would recommend them to everyone.

Kurt Andreaus
23:59 14 Dec 18
I was having an issue with my water softner. It was draining water all over the floor of the room it was located in. I called a company that wanted $90 to come out and check the softner. I called Ecowater Systems and they came out for $40 found the problem was a clogged drain going into the ground. They cut the line just above the ground line and fixed the problem. I am very grateful. They didn't try and sell me a rebuild kit or a new water softner. They simply charged the $42.75 for a 10 point inspection and reset and regenerated the softner. When we need service in the future we will be sure to call Ecowater Systems. The tech Larry was great and explained everything. Thank YOU!!!!!

Barbara Friedman
17:20 13 Jul 17
Tucker was very informative and helpful in assessing our water problems and solutions. He set up the installation of our system quickly and the work was done as promised on time and efficiently. What more can you expect. So far we are impressed with their system and customer service.

beauty penn
20:32 18 Jun 17
Had a great. EXperience With. Ecowater Jason and Larry very professional. And knowledgeable. Water is great and so are they thank you so much for keeping our water safe you are highly recommended

Todd Bryant
12:03 21 Apr 17
I had a very positive experience working with Dave with Ecowater and would recommend Dave and Ecowater to my friends and family.
Next Reviews